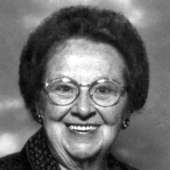 The Kan-Mo Jolly Circle met Oct. 18 with Ruby Kennedy. Pres. Hazel Gulliford conducted the meeting. All repeated the pledge to the flag followed by the clubs theme song, “The More We Get Together.” Nine members answered roll with a show and tell item. Songs sung were “My Sweetheart’s the Man in the Moon” and “The Quilting Party.” Reports were given. The hostess read Matthew 5:8, Human effort and the pure in heart. Easter Secrest won the hostess gift. The Lord’s Prayer was prayed. Winners at Bingo were Opal Brillhart, Mary Lundberg, Hesta Bridges, Helen Pettibon and Iva Bley. Jane Anne Peterson won the blackout prize. The November 15 meeting will be a soup and pie luncheon at the home of Mary Ellen Lundberg. Delicious refreshments were served.

Recent visitors with Eldon and Elma Underwood were Richard and Diane Ham and son, Austin from Lutz, Fla.

On Oct. 7, Sherry Sisney had a birthday. The Youth Choir had the special. Pastor Dale’s sermon was “Satan: Alive and Fallen” from Isaiah 14.

Over 100 shoemaker cousins recently had a reunion at the Hob Nob.

Eight members of the support group met for lunch at the Coffee Shop on South National, Oct. 17. They voted to have their meeting at the same place in November. The meeting will be a week earlier on Nov. 14 at 11:30.

Ed and Opal Brillhart went to Bronson last weekend with other members Opal’s family. They enjoyed some shows, scenery and shopping.

In last weeks items they should have read Marilyn and Lyle Adcock instead of Babcock.

Pastor Stephan’s sermon at the Diamond Community Church, Oct. 21 was “ Jesus and the Bible” taken form Matthew 5:17-20. Special music was “Jesus, I Love You” sung by Grace and brothers; accompanied by Rehab Muhota.

Richard and Maurine McCalment, Richard Johnson, Billy Bob Schilling and Lucile Wolf had lunch at the SunRise Resturant in Nevada and drove to Butler to get pecans.

On Oct. 19, Lucile Wolf, Delbert Schilling and Billy Bob Schilling went to Mound City and visited with Lorette Brooks and Mary and Steven Long. They enjoyed lunch at Pleasanton.

The children of Mr. and Mrs. Francis Read gathered at the Read home on Oct. 21 to help their dad celebrate his birthday. They always enjoy good food and lots of visiting.

More from this columnist · Esther Secrest