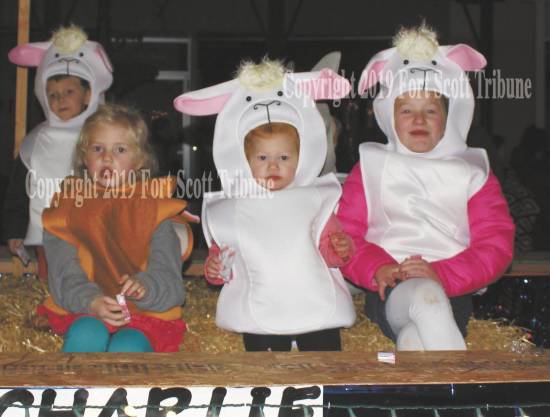 The annual Christmas Parade was held Tuesday evening in Downtown Fort Scott. The parade was sponsored by Briggs Auto Plaza and organized by the Fort Scott Area Chamber of Commerce.

Following the parade, Mayor Jeannie Parker lit the Mayor’s Christmas Tree, then children were invited to meet with Santa at Papa Don’s.

Winners of the parade are: 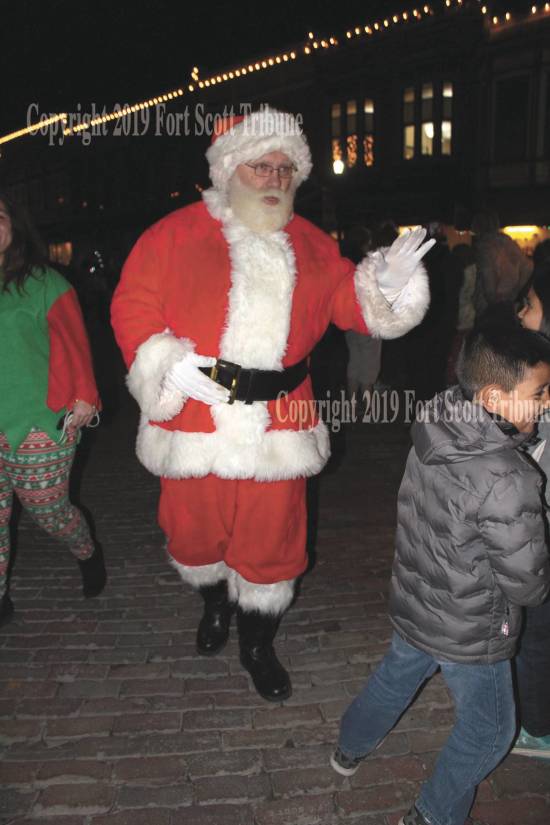 Santa makes his way through the crowd after stepping off a float in the Christmas parade Tuesday evening. He later met with children at Papa Don’s.
Tammy Helm