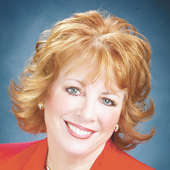 Only perfect judgment comes from God

I watched as my student turned to his buddy in the back of the room, mouthed the word "gag," and then smirked. It was in response to a classmate -- assigned alphabetically to the seat next to him -- who happened to be an admitted homosexual and who had just answered a question I had posed to this group of high school juniors. When the bell rang signifying the end of class, I asked to speak privately to the offender. The veins bulging in my neck were his first clue that this was not going to be a pat-on-the-back, edifying encounter. It would, however, be an experience he would hopefully never forget.

I was not the poster child for kindness. I began by explaining that I cannot imagine what it must be like to be a homosexual and have to deal with the kind of small-mindedness my student had to deal with. I continued, reminding the offender that his "gay" classmate had never done anything but be kind and helpful and that he would never, ever intentionally demean anyone -- unlike the student I was confronting.

I should have stopped there, but I didn't. I asked how he would feel if that were his son -- reminding him that he had no guarantees it wouldn't someday be -- and that if he ever, ever again made comments like that about another student in my presence, life would not be pretty for him. He apologized and scampered out the door.

Two weeks later, the homosexual classmate, a young man I really liked, dropped out of school. Was it because of his experience in my classroom? Or was it just the proverbial "icing on the cake" caused from classmates' (Christians and non-Christians alike) unwillingness to put aside their personal preferences and give him a chance?

God gives me so many opportunities to love others. Most of the time, I do it well. Not that day. What I did was judge harshly, and even though my critical remarks were not as potent as the ones my belittling student demonstrated toward the homosexual, my example did nothing to lead the recipient of my disparaging words any closer to Jesus. It merely made him determined to never again make me mad.

The passage in Matthew 7:1-5 is my go-to section when I know I'm hyper-critical. Jesus does not mince words in this part of his Sermon on the Mount: "Do not judge, or you too will be judged. For in the same way you judge others, you will be judged, and with the measure you use, it will be measured to you. Why do you look at the speck of sawdust in your brothers' eye and pay no attention to the plank in your own eye? How can you say to your brother, 'Let me take the speck out of your eye,' when all the time there is a plank in your own eye? You hypocrite, first take the plank out of your own eye, and then you will see clearly to remove the speck from your brother's eye." Bet you've heard those verses before, haven't you? But have you actually applied them?

Don't get me wrong. My student needed to be confronted. But wait a minute; even making that statement reveals a judgment. It gets pretty complicated. How do I even have an opinion, even about an injustice, without making a judgment? The more I thought about it the more I realized that, in this particular instance, I was not troubled that I had made a judgment; I was troubled by the way that I expressed it. By allowing my hostility to dictate my response, I became an attacker rather than a witness to the power of Christ's love. Surely I would have been far more effective in providing an opportunity for the offending student to reconsider his views -- that was my goal, wasn't it? -- if I had acted as the latter. In all things we are called to reach out in love.

It is easy when reaching out to a victim. The real challenge is extending that same love to the one who has caused the harm. It is a challenge that I hope I can meet the next time hostility threatens to divert me from that which I believe I am called to be.

Last time I checked, God had not bequeathed His throne to me. He is the only true Judge, for His ways are holy and omniscient and are motivated by love. As much as I might think my opinion should matter and be life-changing for everyone who happens to be in earshot of it, my personal requirements for others' righteous living too many times lack mercy and love. If I'm going to follow Jesus' directions, then I, too, must be willing to be judged by God, and only if I find my eye to be "plankless" -- which comes from measuring my sight against the fullness of Christ's, thereby finding myself perfect, complete and mature -- do I have the right to espouse the "guilty" verdict on another.

But fast forward fourteen verses and it appears Jesus has had a change of heart, for in 7:15 He tells us to judge false teachers.

Now, wait a minute. We aren't to judge or we are to judge. Which is it? To answer that, we must look at the whole picture. First, God is the only true Judge, for His ways are holy and omniscient and perfect, and as much as I might think my opinion should matter and be life-changing for others, my qualifications aren't quite on the same level as God's, no matter how much I think they should be a part of everyone else's mantra.

Second, I must be willing to be judged if I want to don the robe and slam the gavel, espousing the "guilty" verdict on another.

I must have the mind of Christ so that I can dole out mercy and love for those who accept what Jesus did on the cross, thereby accepting God's judgment of Christ for me.

That's why Jesus, who discouraged us from hyper-critical judgmentalism, encouraged us to make righteous judgments.

Matthew 7:5 says that when we see clearly we will be able to help others.

Charlotte and Jonathan on Britain's Got Talent -- Before You make a judgment on someone, you really need to get to know them. It's not about reading a book by its cover. You need to know what's going on inside.

More from this columnist · Patty LaRoche