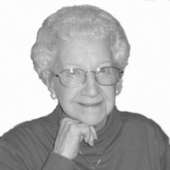 Jerry's mother, Maxine James, of Arcadia, was present with Terry, Debbie and Sarah Vanderpool of Frontenac. After dinner everyone joined Jerry at the Smith's home for his favorite desserts of either chocolate or pecan pie.

This event was hosted by Dr. Mark Rutland and his wife, Allison. Dr. Rutland is the president of ORU. While in Tulsa, Mr. and Mrs. Larry Shead visited their two daughters, sons-in-law and their three Tulsa grandchildren.

On Friday, April 6, a community pre-Easter service was held in Hannon Free Will Baptist Church with Tom Lawson as speaker. Easter sunrise services were then held on Sunday, April 8, at the Liberal Christian Church at 7 a.m. Rev. Bob Dickey was the speaker.

Easter Sunday morning, Open Door Church in Arcadia hosted a 7:30 a.m. breakfast with the Christian Church members as guests at the Community Center downtown. It was a bountiful meal; each then returned to their own morning worship services. The 50 people who enjoyed this special occasion gave thanks along with Pastor Roy Widmar, who gave the blessing. The guest church was honored to be invited on this special Easter Sunday.

On March 24, a dinner prepared and served by Cindy Shead to honor her husband, Ralph Shead's birthday was enjoyed by friends and relatives at their Carl Junction home. Guests were Pastor Cody and wife, Dianne, Baby Brielle Stinnett of Carl Juncton; Doug and Carol Reed and Matthew and Ashley Shead of Joplin and Mary V. Shead, Arcadia.

A memorial service was held Monday, March 26, to honor Mary Shular Logan, who died in Wichita earlier this month.

Family members who attended the event at Bedene Funeral Home in Arma were Mary's stepson, Nelson Logan, his wife, Henrietta, and their sons, Alex and Chris, all from Gainesville, Fla., and nephew Alan Shular, Las Vegas, Nev. Also attending were Rose Shular Campbell, Pittsburg, sister of the deceased and friends of the Shular family.

During a recent visit with Louise Tate in Carl Junction, Mo., Mary V. Shead learned that former Pastor of Arcadia Christian Church, Leon and Cynthia Weece, now living in Miami, Okla., had recently returned from a trip given to them by friends to Australia and New Zealand. Mrs. Tate is a sister of Leon Weece.

Lou and Betty Dehn recently spent four days on the west coast of Florida around Port Charlotte and Punta Gorda. Recent guests in their Arcadia home were their 2 1/2-year-old twin grandsons, Lance and Landon Long from Missouri. More recently, Betty entertained two of her friends, Carole Garrison and Mary V. Shead, at lunch the day before Easter.

At the Arcadia Christian Church on Easter morning, birthday offerings were given by Vera Parrish and Walter Foulk.

His sister and husband, Janet and Mark Vanleeuwen from St. Paul, Kan., were Easter Sunday guests that morning.