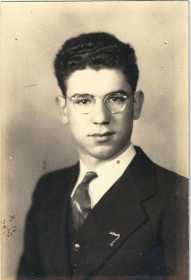 The Rev. Daniel served as pastor for Methodist churches in Bronaugh and Moundville, Mo., from 1966 to 1969. He was a chaplain and counselor at Nevada State Hospital from 1966 to 1987. From the late 1970s into the 1980s, he owned three successful Mother Goose Child Care Centers with his wife, Ethne, serving as director in Joplin, Mo.

Donations in his memory may be made to the Alzheimer's Association at www.alz.org.