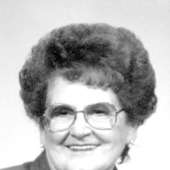 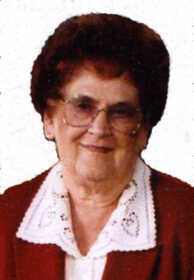 The Class of 1945 of the Uniontown High school held a reunion Friday evening, June 20, at the El Charro Mexican Restaurant in Fort Scott. Those enjoying dinner together and visiting were: Bob and Faye Steele, Elmer and Mabel Miller, Dan Ward, Elbert Turner, Julia Biythe and guest Terry Cox, Mary Lea Nitcher Wright, Garice and Emma Jean Winship, Kansas City and their friend Don Mashbum, Raytown, Mo., who drove Garice and Emma Jean to Fort Scott. The reunion for 2009 will be held in the Community Center in Uniontown, and will feature a catered meal. Complete details will be at a later date. Julia Blythe had charge of the arrangements.

Dewaine and Beverly Geiger enjoyed Fathers Day at the home of their son, Bob and Louise Geiger in Tulsa, returning home on Sunday evening.

The June meeting of the United Methodist Women was held in the Church Annex on June 11, with 9 members present. Janice Ramsey, President, presided over the business meeting, and welcomed all present. She read an article, "Heavens Declare the Glory of God", followed by all repeating the Purpose in unison. Margaret Hartman gave the Treasurers report. She also read a thank you note from Mrs. Pat McClenahan for all courtesies extended to her following the death of her husband, Bob. The Roxa Draper Dinner was discussed for October 9, 2008, and plans were outlined for the dinner and program.

The UMW will meet in July as usual this year. It has been the custom to vacation during July and August. Carol George brought the lesson from the Spiritual Growth Literature. She opened her remarks with prayer. All the members participated in the study on missions and the disciples, and referred to scripture to solve problems the lesson outlined. It was a very good lesson. Janice thanked Carol for the program, and closed the meeting with prayer. All were reminded to bring cookies for Bible School on July 11, 12 and 13.

Carol George announced that her daughter, Paula and Tim Ulrich, and children who live in North Carolina, had arrived in Africa on June 4, 2008, to begin their work as Missionaries there.

Jeff and Bethanne Geiger, Pittsburg, honored their daughter Kristin on her ninth birthday, with a dinner at Napoli's Italian Restaurant. Dewaine and Beverly Geiger also attended, as well as Catherine and Lauren Geiger of the home. Following the dinner, all went bowling and a great time was enjoyed by all.

Your correspondent received a letter from Tim and Paula, Ulrich, and family telling that they had arrived in Johannesburg, Africa, and plan to be there for two weeks, to purchase a car and other supplies. They relate that Johannesburg is a very large city with crime and traffic to match, and that they drive on the left side of the road. Imagine learning to shift from driving on the right to the left in big city traffic, and find your way to places that you have never been, read road signs, and not get lost. They will be living at Mmabatho, which is four hours west of Johannesburg. They write, "You have seen pictures of African Wildlife. Imagine meeting some of those animals crossing the road while you drive down a rural highway at full speed!" This is just a glimpse into their lives, as they are living it, and all the home folks wish them well, as they pursue their missionary work in Africa. Paula grew up in Bourbon County, and is the daughter of Raymond and Carol George, Redfield. She is a graduate of the Uniontown High School, and holds a Doctorate of Veterinary Medicine.

Norma Dunn, wife of Rev. Joel Dunn, will be Chairman of the Daily Vacation Bible School and invites all children of the community to attend on July 11, 12 and 13. The school closes with a Chuck Wagon Meal on July 13, which is Sunday, and all are invited to participate.

More from this columnist · Beverly Geiger