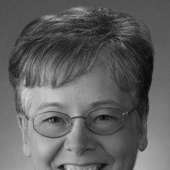 Editor's Note: Ann Ludlum is a K-State Research and Extension family and consumer sciences and 4-H extension agent assigned to Southwind District -- Fort Scott office. She may be reached at (620) 223-3720 or aludlum@ksu.edu.

Research improves nutrients in the food we eat

People say that "an apple a day keeps the doctor away"--but that's only part of the story.

The Dietary Guidelines for Americans, which are the most current recommendations for what we should eat to be healthy, recommend consuming a variety of different fruits, as well as vegetables, whole-grains, low-fat or fat-free milk products, and lean meat and beans.

Consumers purchasing those foods at the grocery store probably give little thought to the research that has gone into making them the healthy choices that they are.

Carrots are known as a good source of beta-carotene, the orange pigment that helps humans make vitamin A. Today's carrots are actually more nutritious than were carrots we ate 30 years ago. Scientists have developed new varieties of carrots which have higher amounts of beta-carotene. In fact, modern carrots have 75 percent more beta-carotene than their predecessors. Researchers are now working to produce the same results in cucumbers and melons. They're also developing red carrots, which contain more lycopene, a nutrient normally found in significant amounts in tomatoes and watermelons.

Iceberg lettuce is a favorite in the American diet, but lacks the vitamins and minerals found in other leafy varieties of lettuce. Researchers have experimented with prying open the leaves of iceberg lettuces as they grow so more leaf surface is exposed to sunlight. This gave the lettuce much more iron and calcium, vitamin C and beta-carotene than typical iceberg lettuce. So, one day the head of iceberg lettuce we purchase may have it's usual familiar flavor, but with more nutrients.

Many yellow, orange, and red vegetables get their color from carotenoids--colorful pigments that may help prevent eye diseases, such as macular degeneration, and cancer. One of those carotenoids we've heard about recently is lycopene. In California, researchers are developing tomatoes which contain even more lycopene than is currently in tomatoes.

Cranberries with antioxidants that are more easily absorbed, orange-fleshed potatoes with more antioxidants than are found in white potatoes, and honeydew melons and cantaloupes with increased levels of beta-carotene and vitamin C are other foods scientists are developing.

Freshwater fish, such as catfish, typically have lower levels of nutritious omega-3 highly unsaturated fatty acids than marine fish. Researchers are working at changing the feeding of catfish to increase their omega-3 fatty acid levels.

By modifying manufacturing procedures, researchers have created a flavorful mozzarella cheese that melts and tastes like regular mozzarella, but has only half the fat. More than 46 million pounds of this mozzarella have been used in the National School Lunch Program since the cheese was introduced in 1995.

Thanks to scientific research, we not only know what foods are nutritious and beneficial for us, but research is making it easier for us to get more of those nutrients in the foods we eat.

Editor's Note: Ann Ludlum is a K-State Research and Extension family and consumer sciences and 4-H extension agent assigned to Bourbon County. She may be reached at (620-223-3720.

More from this columnist · Ann Ludlum