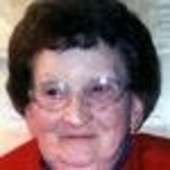 The chilling blasts of yesterday did not seem to retard those who desired to witness the Y.M.C.A. cornerstone laying. A crowd numbering about 700 was present. Mayor R.J. Harris placed the stone in its permanent resting place. Music was by the choirs of the Baptist and Christian churches. President W.J. Calhoun of the association's board presided at the ceremonies. The Rev. E.M. Evans of the First M.E. church read from the Bible, after which Dr. C.A. Stewart of the Baptist church offered prayer. Mayor Harris then placed the stone in position. State Secretary Shumaker delivered a very able address on the work of the Y.M.C.A. In conclusion he congratulated Fort Scott upon its great work in building such a "character factory," as he termed it.

E.T. Jennings has cement sidewalks to show what he can do. Phone 1117. Office quarters at Agar's Lumber Yard.

The campers at Bandera say they have enjoyed life more the past week than at any other year. The camp was comfortable, even though the weather was cutting at times. Fish are being caught in great numbers and the campers would like to stay another week.

Fulton Events: Mr. and Mrs. Cliff Durbin narrowly escaped death Sunday evening when their wagon was struck by a car. The Durbins were on their way home from the Charles Mitchell home, where they had purchased a hog, and upon reaching a point just north of the William Stevanus farm they were struck by a car. They were thrown clear of the wreckage but injuries were minor. The wagon was completely demolished. The hog was severely injured, as was one of the horses. The driver of the car said that the accident was unavoidable as he was blinded by the lights of an approaching car and therefore did not see the team and wagon. The car was towed to a local garage for repairs.

The city commission acted today to acquire a 100-foot municipal parking lot facing on Judson Street between First and Wall streets. The houses on the site will be removed to make a parking area which will accommodate 48 cars.

A 3-ton truck entering a Fort Scott new and used car lot yesterday caused an estimated $310 damage to two parked vehicles, police said. The truck driven by George H. Nagle, 74, Route 1, struck the rear bumper of 1957 Chevrolet sedan, which in turn was pushed into the front of a 1958 Chevrolet pickup. The accident occurred at the Lightwine Chevrolet Co., owner of the parked vehicles. The farmer's truck received $10 damage to its bumper.

A total of $80.60 in merchandise was stolen last night in a break-in at the Pfeiffer Hardware store in Garland. Sheriff Ray Cummings is investigating. Items listed as missing are an Arvin portable radio, a spring-wind alarm clock, Sunbeam and Mirrommatic automatic percolator and three cell flashlight.

Attend the Wednesday's luncheon fashion show featuring the latest from Litwin's at the Great Scott Restaurant.

The family of R.C. Smith issue an invitation to a celebration marking his 85th birthday Nov. 14 at the Smith home, 216 W. Wall Street.